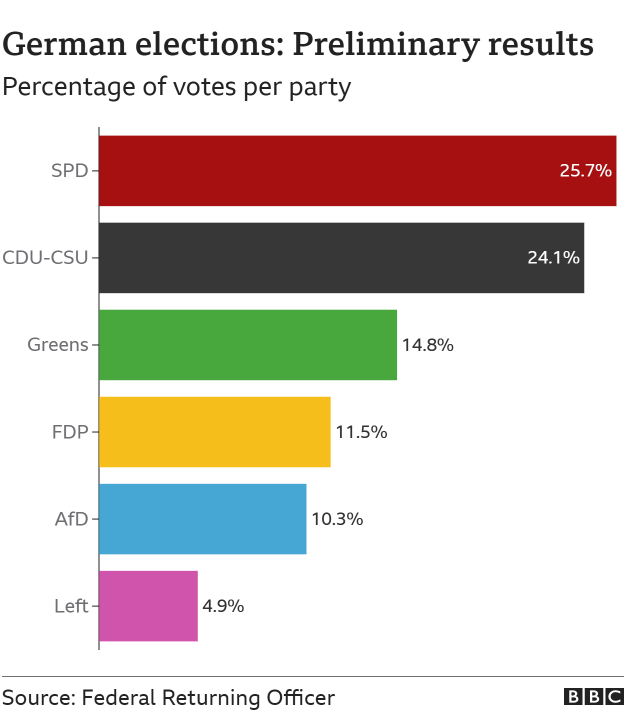 The two parties have governed together for years but are unlikely to continue.

Instead, the Greens and liberals are looking for a role in a new coalition.

The two parties attracted the most support from the under-30s, in an election dominated by climate change and by differing proposals on how to tackle it. The Greens made history with almost 15% of the vote, even though it was well short of their ambitions.

It was the tightest race in years, bringing an end to the post-war domination of the two big parties – Mr Scholz’s SPD and his rival’s conservative Christian Democratic Union (CDU). For the centre-left, it was a significant improvement on the last election, but for the conservatives, it was their worst ever performance.